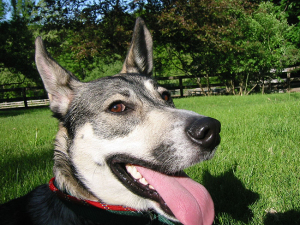 Ebbet was a lucky dog found on the streets of Brooklyn on Christmas day in 2001, cold and dirty, but so outgoing and friendly that it was impossible to turn away from him.  He had the handsome coloring of a husky mix, but was lean with oversized, pointy ears and an improbably long tail. Efforts to find his former owner failed, so with his unique personality and gentle demeanor he quickly became a cherished companion.

When Ebbet was older, he was diagnosed with a jaw tumor that resulted in a surgery to remove most of his lower jaw and follow-up radiation therapy.  He seemed to recover quickly, and learned how to eat by himself again after only a short period of hand-feeding. It was inspiring to see the great attitude exhibited by Ebbet in dealing with the repercussions of his illness, and he continued to be the beloved, upbeat and friendly dog he had always been. Unfortunately, he then was diagnosed with a bone marrow condition which meant his body was unable to function properly. His owners and the doctors at VERG did everything they could to fix his problem, but he eventually passed away.

His owners Beth and J.J. felt lucky they were able to afford the treatments Ebbet required, and recognized that financial realities often limit the treatments received by other animals, no less loved by their owners, even when those treatments have a high likelihood of success. That’s why they have supported Positive Tails, and hope you will too.  With a gift today to Positive Tails, you will be helping loving individuals and families who cannot afford medical treatments for their animals. 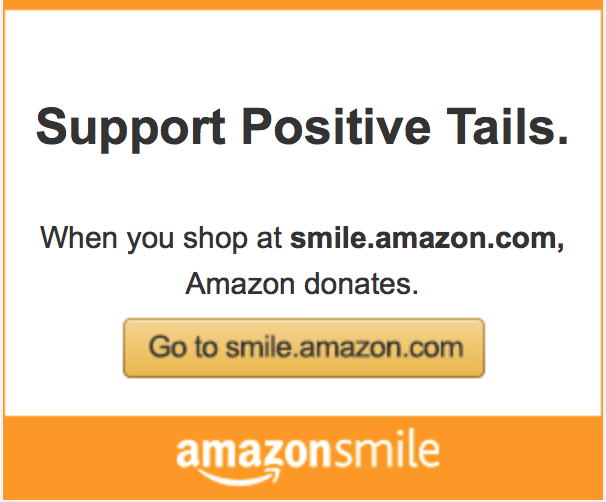